Welcome to the Borovsky Blog!

Master Pianist Alexander K. Borovsky was my mentor and teacher.  Though he had a long and distinguished career, he never received the level of fame and recognition I feel he truly deserved. Through this site, I hope to make others aware of his musicianship, in the hope that his name and pianistic technique will be remembered, admired and used by musicians today and for years to come.

During my 3 years of private study with "Mr. B," I cherished his advice and poetry at the piano. Shortly after his passing, having been given a copy of his memoirs, I restudied his recording of Bach's 48 Preludes and Fugues much more carefully and began to learn the greatness of this pianist. 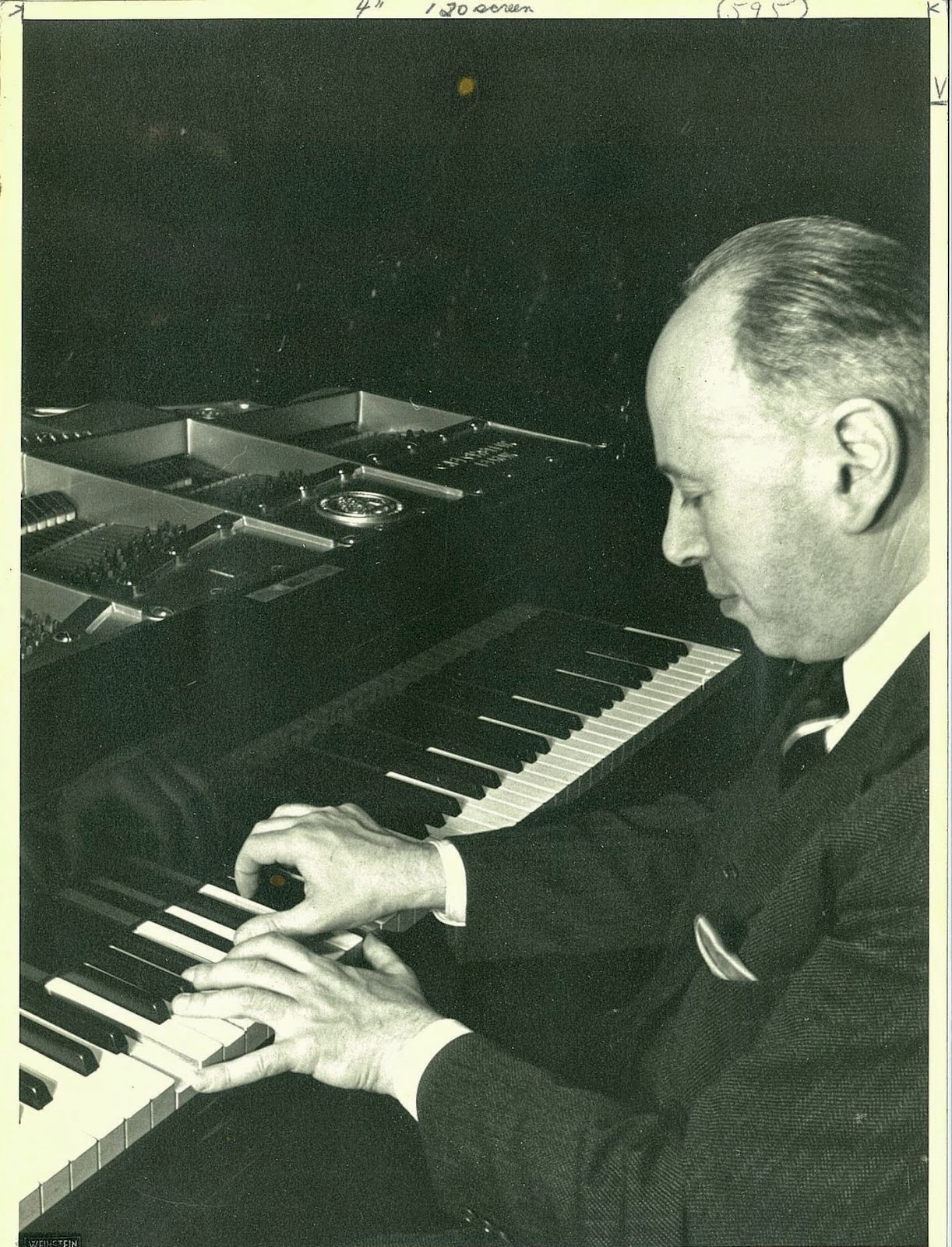 In November 1965, I had completed my M.M. degree in piano performance at Boston University, and my landlady had often mentioned Borovsky's name. She said Alexander Borovsky had performed with Serge Koussevitzky and the Boston Symphony many times, and suggested I try to study with him, saying he lived somewhere in Newton. Luckily I found and called his phone number. His wife answered  and asked me to phone later that day. This time Mr. B answered and said I could play for him. The following week I drove to Waban, Massachusetts and was greeted by Mrs. B. When Mr. B entered the living room, he sat down on the sofa and I took my place at his Steinway "B." I'm sure I played music from one of my graduate recitals -- 2 Scarlatti Sonatas, Op 81a, Bach Partita in C minor and Ravel Valses Nobles & Sentimentales. Mr. B was softspoken and a man of few words. He did not stop me while I played, and he said "Fine," at the end of each piece. When I finished he said, "I will see you in two weeks." From then on, for almost three years, I saw Mr. B for about 90 minutes every two weeks.


Mr. B always asked me for a "better sound," and "with no banging." He would wave his hand and say, "stop, do it again, without banging, and without pedal." Mr. B opened my ears to what was a good piano sound and what was not. I would often repeat passages until he said "This is good."

We reworked pieces I had played before, and studied new repertoire. I learned new Bach Preludes & Fugues which were to be played without pedal. Mr. B wanted a perfect legato sound in Bach's Variations in the Italian Manner, as well as a variety of staccato touch types. I always handed Mr. B the scores of the music I would play, and discovered later he had made numerous pencil markings in my scores.


Mr. B was always positive and kind to me; he knew when I wasn't pleased with my sound and I soon stopped myself when I knew it wasn't acceptable to either of us.


Monthly musicales were held at his home; six or eight students would play for one another and some invited guests. Usually Mr. B would perform for us at the end of the musicale. Alexander Borovsky instilled confidence in me, in my musical refinement and taste.

During my last year with Mr. B, I began teaching music in a nearby public school and I didn't see him regularly, so I would write to him. He always gave a prompt reply to my many musical questions as well as words of advice about life, women, what to eat and which pianists to listen to. I cherish the 27 letters that he wrote me. My memories of this great man, who helped the formation of my musical technique and opened my ears to the piano's sound, are alive and well.

Thank you, Mr. B, for conveying to me your passion for music and for life.